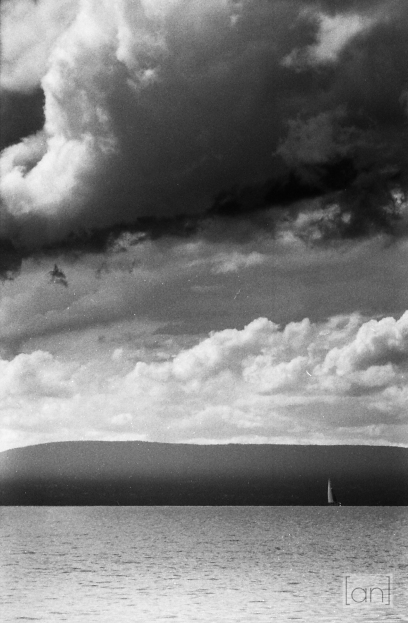 This one is from last summer, too. Having said goodbye to my family (and realizing that it would be another four months until we could see each other), I got on the southbound ferry. It’s a quick trip so there’s really nothing much to see while crossing the narrowest point of the Balaton – but that day was particularly windy, and the normally clear summer sky was crammed with majestic clouds. As a lone boat was passing by not far from us, I thought it perfectly contrasts the sheer might of the clouds above.

This is one of the prime examples of why composition is crucial. Another two ferries were around us, and both the peninsula starts just a few inches after the right side of the picture. Towns shine with their white rooftops on the other side. But all of these vanish with the proper framing, making you believe that there really is nothing man-made but the tiny boat on this picture.

I suppose this is the only sort of manipulation a photographer should do.